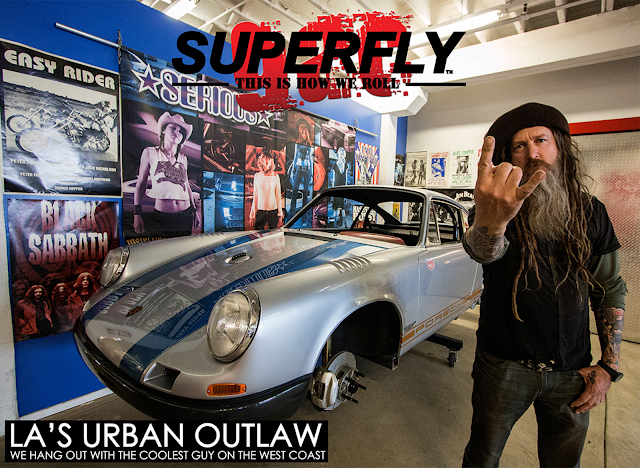 When it comes to describing the Porsches that Magnus Walker builds, the words street tough, raw, badass and totally awesome spring to mind. Why? Well, just take a look each project he builds and all look ready to hit the track and burn some rubber.

So when we saw this latest stunner, we were really impressed on how Magnus created a more clean and subtle example. This project shows that Magnus’s Porsche journey is constantly moving forward and is now adding his style to a later model.

Firstly, it’s that stunning slate grey paint that gives this 964 something very special when you first encounter it. A perfect choice considering that Magnus was looking to just enhance the original lines and not go overkill. At first glance, to the untrained eye, you may think that Magnus hasn’t done much, but look closer and you will see some incredible touches, such as his signature fender louvers.

Other stunning touches were the smaller filler cap, smooth door panels, license plate recess removed and fibreglass rear bumper,  so that no cutting was required to expose the exhaust tips. Magnus also took inspiration from RUF and had the rain gutters removed, giving the 964 roof, a rounder look. He also had the sunroof removed and added a modified 1976 turbo tail rear spoiler.

Engine wise, there is a 993 power plant which has been pushed to 3.8-litres and built to a RS spec with a non too shy 300bhp. Wheel wise, Magnus has added 17-inch Fifteen52 Outlaw wrapped in Pirelli Trofeo R rubber.