WHAT DO YOU GET WHEN A FAMILY STEEPED IN RALLYING FOLKLORE SETS OUT TO BUILD THE WORLD’S MIGHTIEST SUBARU TRACK CARS? GOBSTOPPERS, THAT’S WHAT

Words: Jarkle     Photography: Chris Wallbank
Full Article: http://www.superfly-autos.com/features/air-force-one-roger-clark-motorsport-gobstopper/
The way that Subaru has been embraced by the UK must be enough to make rival car makers feel a little ill. Wind the clock back just thirty years, and the Japanese engineering giant rather inelegantly named Fuji Heavy Industries wasn’t even a blip on your average performance car buyer’s radar, it simply didn’t register. A decade spent racking up WRC silverware and using said silverware to market a range of affordable, performance cars changed all that though, and today hot Imprezas are firmly entrenched within the subconscious of ever UK petrolhead. This popularity means that there’s no shortage of modified Imprezas in this fair isle, though none – and we really do mean none – come close to approaching the certifiable creations painstakingly developed by Roger Clark Motorsport. 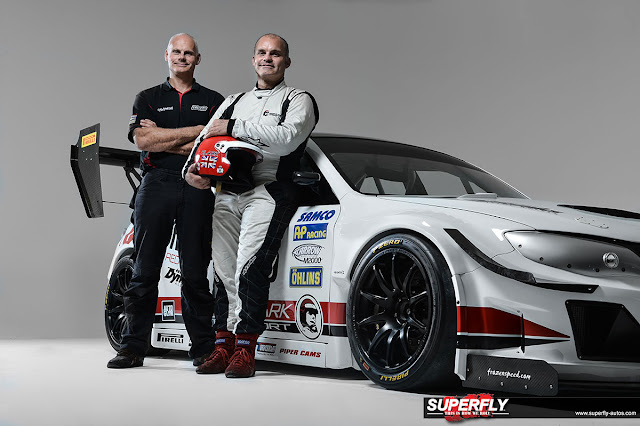 The rallying success enjoyed by Clark senior (see box out) eventually led to Roger Clark Motorsport, the family’s incredibly successful tuning and racing business, owned and run by the Clark bothers, Matt and Ollie. The former generally takes care of the engineering side of things while the latter clearly inherited his father’s prodigious talents behind the wheel, and together the pair have built a selection of staggeringly competitive Subarus, starting with Gobstopper I, a GC gen Impreza that took the worlds of Time Attack and Ten Of The Best by storm in the middle of the last decade. Gobstopper I wasn’t merely a significant car because it was fast and well driven (though both were most certainly true), it was also easily the best prepared and built car on the scene, with Matt’s clinical approach to race car creation having served to wow the paddock before Ollie even fired it into life! 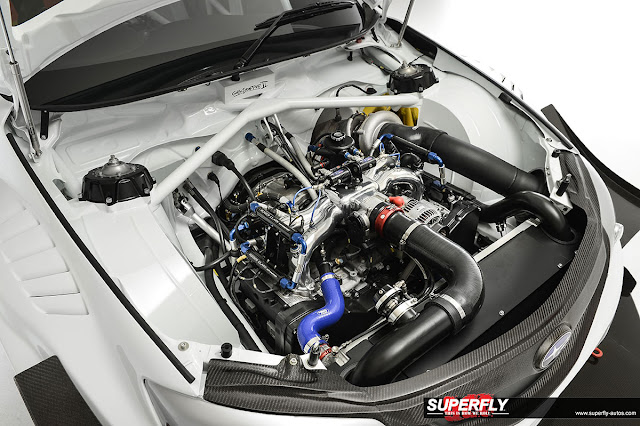 Gobstopper I very much paved the way for the car you see before you, the mighty Gobstopper II. Based upon the hatchback shape Impreza, Gobstopper II has steadily evolved over the course of the last 3 years, growing ever more extreme with each iteration and amassing a collection of silverware large enough to make the British Paralympic team green with envy. The car was built to compete in the British Time Attack series, a championship based around open-ended rules that encourage teams to experiment and push the boundaries of engineering and tuning, so very much known territory for the Clark clan. 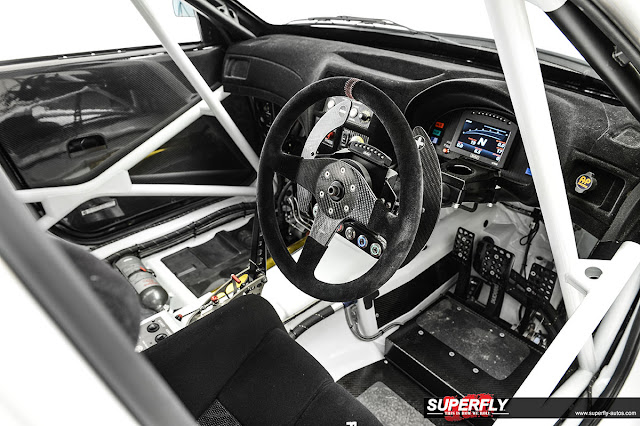 The need to be at the sharp end of UK Time Attack, an incredibly competitive series featuring some of the fastest machines competing in the UK today, drove certain aspects of Gobstopper II forward and dictated how it took shape, the Impreza’s utterly bonkers aero package being a case in point. Gobstopper II’s collection of wings, splitters, diffusers, canards and aerofoils work as a cohesive package, gluing the Impreza to the track in a manner not seen in top tier motorsport since F1 experimented with ground effects in the late ’70s. The result is that this 880bhp machine (we’ll get to that in a moment) can carry speed through corners that simply defies belief, with staggering grip generated by the Vulcan-esque rear wing and the Venturi principle, the air funneled under the flat floor before being unceremoniously dumped out the back via the diffuser.
Full Article: http://www.superfly-autos.com/features/air-force-one-roger-clark-motorsport-gobstopper/