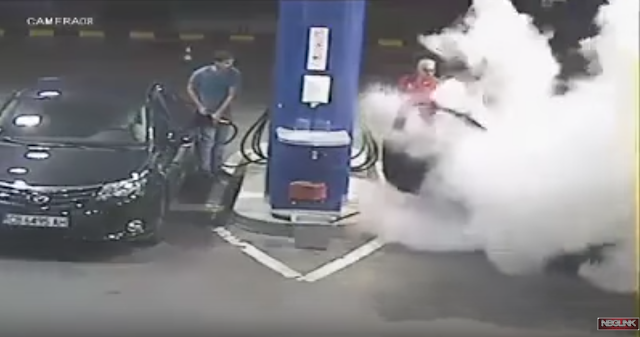 Some people just aren't that bright..... In this case, the patron of a gas station in Bulgaria figured the value of his previously lit cigarette was worth more than his life and those around him. As you'll see in the video the man exits his vehicle and proceeds to pump petrol into his sport compact. The attendant was none so excited about his decision, and after a few words he decided to take matters into his own hands by extinguishing the cigarette with a portable fire suppression can. Enjoy and revel in the attendants lack of "gives a shit".