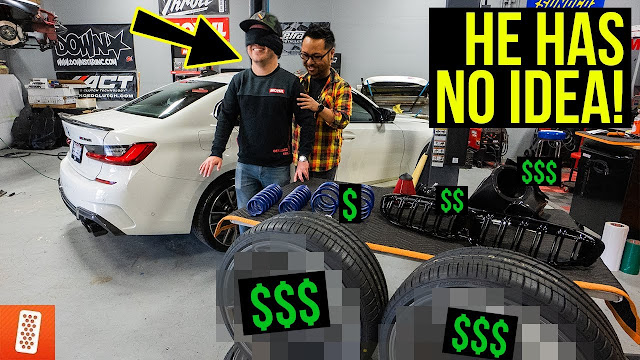 In today's episode of throtl, we surprise our CEO with his dream car build! While Rick was out of the shop, Mickey began installing some mods on Rick's 2020 BMW M340i. Rick's BMW received some solid modifications including, some HRE wheels, Falken tires, H&R springs, an Eventuri cold air intake, a black front grille, and some new tint. Most of these modifications were fast and simple to install, but they made a big difference in the looks and performance of Rick's BMW 340i. Rick was super excited to see the new changes to his car, and we caught his reaction on film! Check it out for yourself in the video below!