Turning my Nissan R35 GTR into a Supercar Killer!? 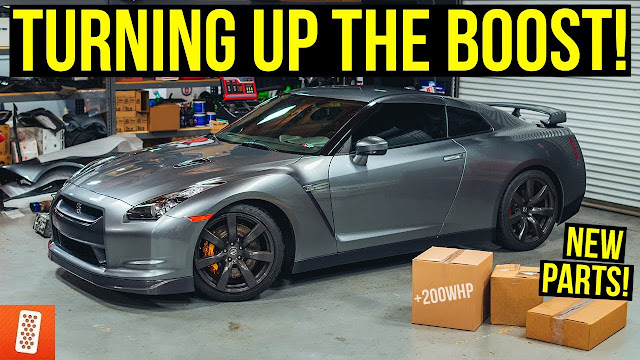 In today's episode of throtl, Evan's Nissan GTR turns into a supercar killer! The goal is to get more power out of Evan's R35 GTR. Before we can get the GTR to delicious tuning for a dyno tune, there are some important things we need to do so that the car is properly prepped. Our new mechanic Quinn, works on replacing the fluids on the GTR so that the car will be healthy and strong for the dyno. After changing the fluids, Quinn replaces the fuel pump and injectors. This will allow for increased fuel flow, providing the car with the proper amount of fuel for more power. After installing the new parts, we take the GTR to Delicious tuning where the car ends up making significant horsepower gains. Want know how much power the GTR made? Check it out for yourself in the video below!