Installing a TESLA SCREEN In the R35 Nissan GT-R! Modernizing the GT-R! 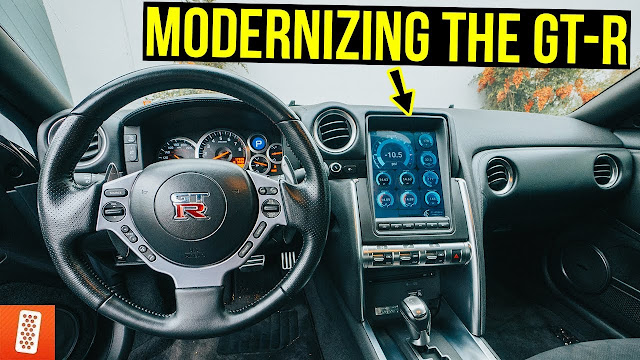 Evan's Nissan GTR was feeling a little outdated with its current head unit. Today we bring the GTR into the modern age by installing a new head unit and a reverse camera. The head unit we got is made by T-Rex Tech and is designed to be extra-large. Some call it the Tesla screen because it looks just like the large head unit that is used in Teslas. Since the new head unit is compatible with a reverse camera, the boys decided to install a reverse camera on the GTR. The new head unit is also really cool because it allows you to run applications like ecutek. Now Evan can run data logs and analyze his car's performance from the head unit. Check out the video below to see how we installed the T-Rex screen and how it transformed Evan's R35 GTR.