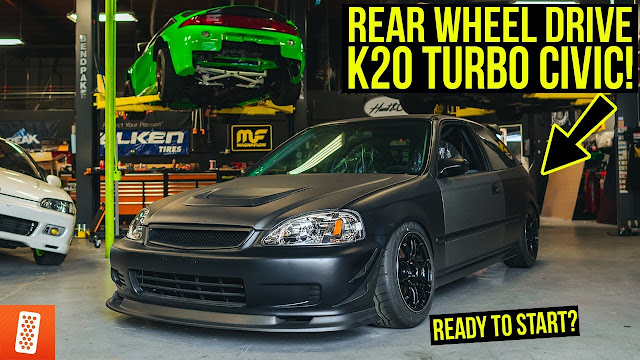 After getting the fuel system dialed in, Rickie finishes up the rear suspension components by installing a set of OEM brake calipers, Club Racing brake pads, and some EBC brake rotors. We decided to leave the OE calipers the factory color because they matched the color of the front Wilwood brakes perfectly. Since the rear brakes are installed on the car, we are now able to put all 4 wheels on and get it back on the ground.

Rickie installed a custom power breaker to replace the factory fuse system in the car. The power breaker will prevent too much power from going to one electrical area and will act as a safety device if any wires cross over each other.

Overall, the car is one step further to its first startup! We will be cranking her over in a short period of time. In the meantime, check out the video below to see all the progress that was made on the FREK Honda Civic.