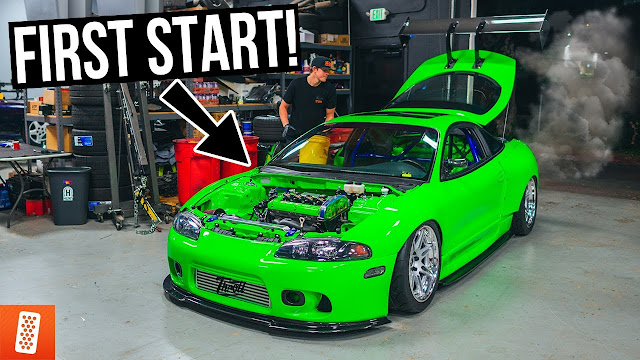 After attempting to start the car with no luck, the boys found out that the firing order was messed up on the car’s ignition system. They quickly fixed the issue and got the car to crank over! Check it out for yourself in the video below!

Now that we know the 4G63 is running fine, we are able to proceed to the next steps of the build. This includes installing the NOS, air suspension, speakers, interior, and our Fast and Furious livery.

Stay tuned for the next Eclipse episode because we are going to install the Fast and Furious livery, which should completely transform the car.