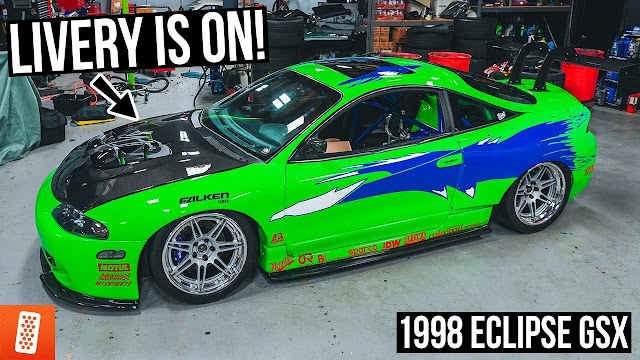 The Eclipse is nearly complete! In today's episode of throtl, we tackle some major projects on the Eclipse that get it really close to completion.

After getting the air suspension complete, the boys put the Fast and Furious livery from Modern Image on the car. For those of you who don't know, Mickey used to work at Modern Image, and this is the exact livery used in the movie car. We added our own twist to the livery by putting on the logos from the brands used on the build. The livery from Modern Image completely transformed the look of the car and we couldn't be more stoked on how it turned out! Check it out for yourself in the video below!